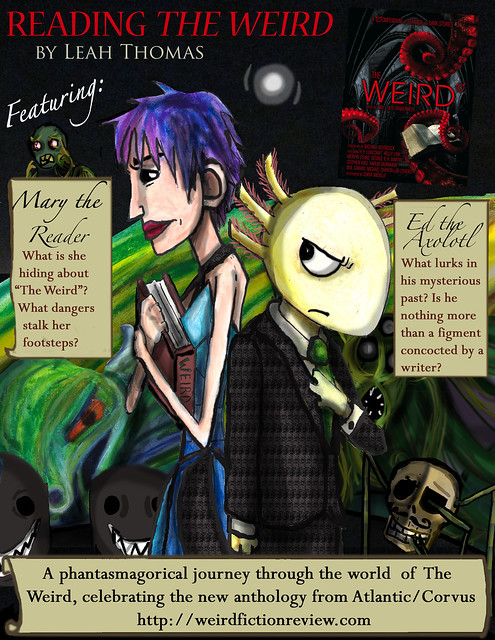 This is the first episode of a projected 12-episode series that will run exclusively at Weirdfictionreview.com, usually on Monday. Later this week, we will feature an interview with the webcomic’s creator, Leah Thomas. Click on each image for a larger version of the page. 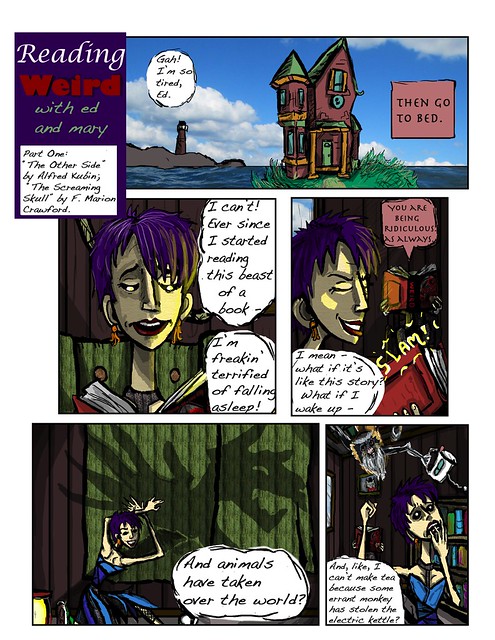 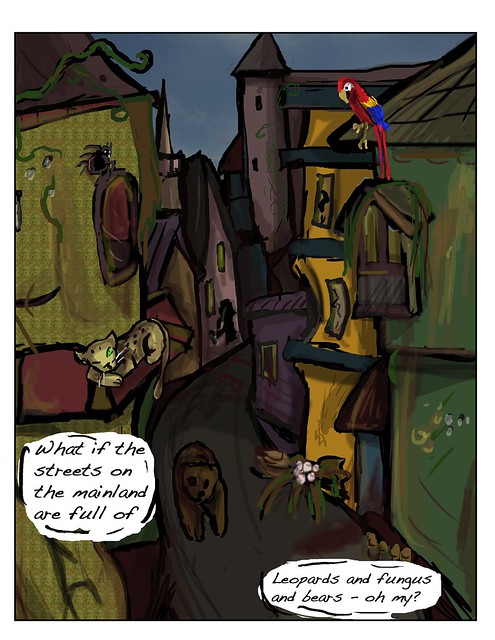 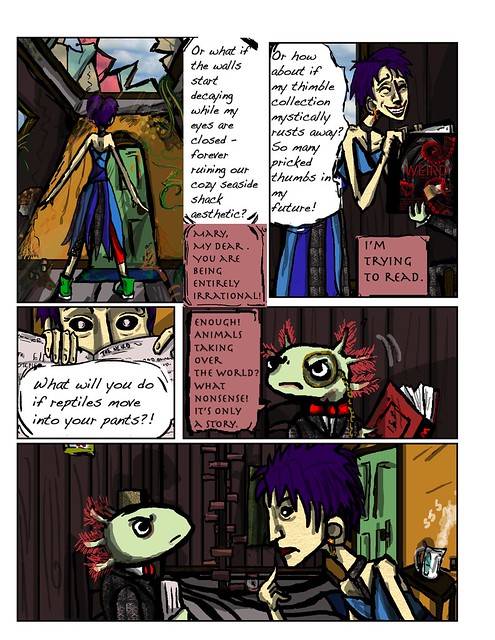 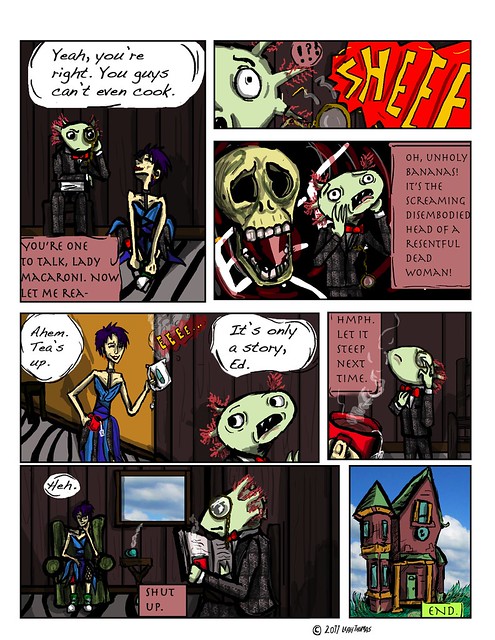 The stories referenced in this episode are by Alfred Kubin and F. Marion Crawford. Alfred Kubin (1877 – 1959) was a visionary Austrian writer and artist whose masterpiece was the novel Die Andere Seite (The Other Side), first published in 1909. The Other Side is a dystopic fantasy set in a strange and oppressive city. In the excerpt reprinted in The Weird, the narrator describes a strange sleeping sickness and the beginning of the ruination of the city. Meanwhile, F.(rancis) Marion Crawford (1854 – 1909) was an Italian-born American writer noted for his classic weird and fantastic stories, including “The Upper Berth” (1895), “For the Blood is the Life” (1905), and the story included in The Weird, the lively and horrific “The Screaming Skull” (1908).”